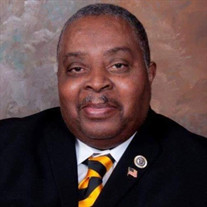 It is with a heavy heart, that we announce the passing of our very own.

Send flowers to the Hammond family.